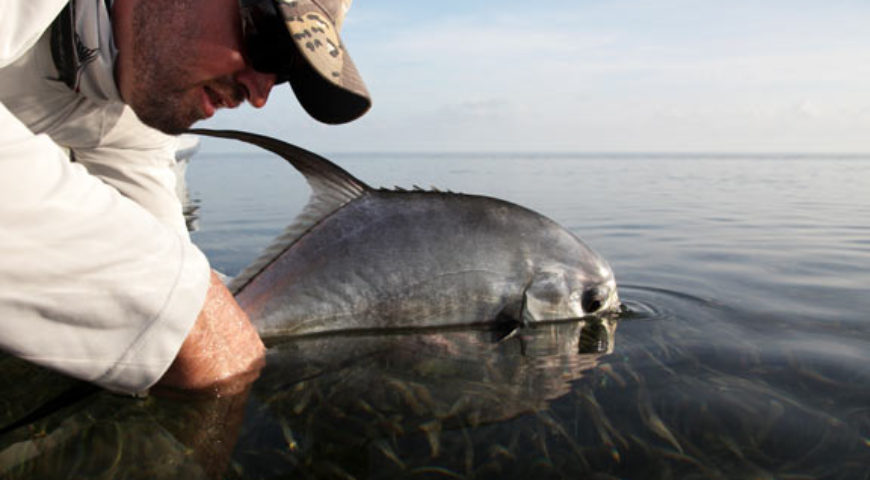 The problem with permit is in your head.  In Einstein’s famous Riddle where, the Brit lives in the red house, the Swede keeps dogs, the Dane drinks tea and so on… the question is: who own’s the fish?  Now, if you make a table, analyze the clues you can logically deduce the answer.  Problem is, by that time, the fish swam away, you probably made a mistake, and now you feel dejected… which only makes things worse!  What you should have done is not cared about whether or not you are part of the 2% of the population who Einstein said could solve this riddle and just guessed!  You had a 20% chance of getting it right and those are good odds…especially in the world of permit fishing.  The fool wins. And that’s the cruelest part!  But it’s not the permit’s fault it’s yours for caring so damn much.

Here’s the trick: don’t put them on a pedestal.  Don’t play them up to be something more then they are.  Don’t believe what you read on the internet.  And whatever you do, don’t listen to your buddy who says he has the magic fly.   If you really want to catch one…Stop. You’re wasting your time. You see, you have to not give a damn.  You have to be reckless, foolish, crazy and detached.  If you think about it… you’re done.  You have to truly, honestly, not give a flying rat’s ass if he eats your fly or spooks off the flats.  Once you let go, that’s when it happens.

Permit have the most amazing ability to sense fear. That is their overriding instinct.  From the time they are little, they have an electric-jittery quality to them.  Someone once told me that permit don’t have one lateral line, they have thousands.  Every scale has it’s own lateral line.  Imagine the feeling when you are frightened, or sunburned.  Every nerve is on edge and hyper-stimulated.  That’s how permit are all the time.  They sense everything.  And if you’re nervous and afraid they might spook, they think “what’s that fear I sense, is there something to be afraid of?  I think something’s wrong, I’d better get out of here.”  And they’re off.  Meanwhile, you’re left even more fearful of spooking them the next time.  It’s a viscous cycle.  Deeply psychological and a total mind warp.

Ask yourself, what happens to the guy who walks up to the girl of his dreams and stutters, fumbles and avoids eye contact?  REJECTION!  That is permit fishing.  What’s the answer?  Confidence.  Deliberate action.  Projecting success and poise in the moment.

A lot of folks like to analogize permit fishing to baseball.  Baseball is a numbers game and there are statistics that you can accept and understand.  Those folks believe that if you throw your fly at enough permit, and play the numbers game, sooner or later you will catch one, and therefore the equation can simply be reduced to a shots per day calculation.  If you are really good, say a .300 angler, you will simply catch more permit if given more chances.  I find this analogy true for the most part, but, at its core permit fishing isn’t the regular season.   More often than not, great permit fishing occurs in some of the most challenging and pressurized conditions.  At it’s highest level, it’s more akin to the post-season, or as I prefer, the 4th quarter.

Now all this analogizing is well and good and everybody loves thinking of themselves as an elite quarterback as they stand on the bow of a turquoise skiff in their light blue technical fishing shirt, throwing a cream or pink fly.  But doing the Tebow with a permit in hand isn’t what I’m talking about.  What I’m saying is, despite the pastel nature of our uniforms, and the overly-dramatic celebratory Facebook postings, there are real similarities to marching a team down the field and executing a late afternoon cast with the wind in your face.  The connection is the mindset it takes to succeed at both.  You cannot wilt in the moment or expect to take a good college swing and hope for the best.  Permit fishing is harder then that, and favors the mentally dominant.  The singular biggest advantage in permit fishing is in your head.  You have to rise up, see the shot, feel the pressure, make the cast, sell the fly, win the fight and get the cheerleader’s number;  all before your guide says “go!”