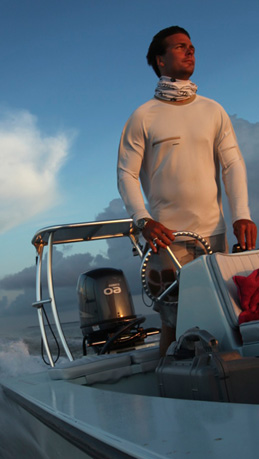 Will Benson is a paradox wrapped in an enigma He is a true conch, and was well known as “wide open Willy” , racing around the flats at Mach 10, jack plate up, always in a hurry to catch fish. Yet, he is, the rare conch who is interested in events north of the 18 mile stretch and has a philosophy degree from Loyola U. He has opened a whole new level of fishing films, that, for the first time, deviated from hero shots and hard rock to try and explain the conservation, the ecology and what flats fishing is really about.  He has won awards for his Tarpon and Permit films. He is now a bit more mellow as a husband and doting father living on Sugarloaf Key where he grew up. A day on the water with Will is a treat on many levels except for all the food you have to bring to keep up with his metabolism. Most of all, he is a superb, intense guide who still gets excited about every fish. Oh, and the only guy I ever met who decided to tear down most of his house without being quite sure how to really put it back together properly!  -Jon Ain 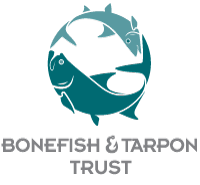